In 1993, sixteen visionary women philanthropists were concerned about a lack of support for women and girls in poverty in Delaware. They researched the status of women and children in poverty and learned that services were limited and underfunded. The group proceeded to gather a core of women Founders and created the Fund for Women at the Delaware Community Foundation. The group's initial goal was 1,000 women contributing $1,000 each to establish a $1 million endowment.  Their goal was reached in 2010 and now the Fund for Women (FFW) has far surpassed their goal with an endowment of over $3.6 million and over 2,020 "Founders.”

Swingin' With a Star (1993-2012), a local women's golf tournament, made the Fund for Women a beneficiary of their annual fundraiser. Their contributions added over $1 million to the endowment fund.

As the FFW grew, the organization actively worked to establish committees in each of the three Delaware counties to ensure that the FFW reaches women statewide in both Founders and grant recipients. Each county maintains a development committee responsible for growing the Founder base in their area.

This year we made necessary changes to our 2020 Grant process and are proud of our financial contributions to both the COVID 19 Rapid Response Fund and the COVID 19 Strategic Response Fund. We are also grateful to the many Founders that have participated in the grant review process to determine where the funds would be best distributed.

Despite our work, the need continues to be great for our Delaware families and non-profits.

We thank you for your interest and continued support. Please feel free to reach out to me personally for questions or additional information. 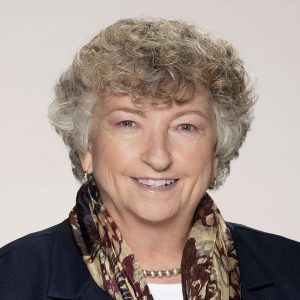 Those who have been fortunate in their lives and livelihoods are helping women and girls overcome the many barriers that may stand in their way to success. Through the power of collective giving, our unique network aims to improve the potential of women and girls in Delaware by funding critical projects that meet their needs – from housing to health care, from career training to emergency food programs.

The Fund for Women is an endowment held at the Delaware Community Foundation. The interest from this endowment is given in grants to women's and girls' programs in Delaware each year.

While we are proud of the many ways in which we have supported women and girls in Delaware for more than 25 years, the need remains strong. We can only fund about 15% of the grant requests each year. With your help we can do more!

How can I Help?

Beyond making the financial commitment, you choose your level of involvement (no meetings required!) from making an additional sustaining contribution to attending events, organizing events, or other leadership opportunities. We welcome your help.

We are a volunteer-led, all-inclusive, diverse group with a common goal–to help all Delaware women and girls reach their full potential. We work within each county to attract new philanthropists for our statewide organization because together we are making a difference!

Fund for Women is a Nonprofit

The Fund for Women endowment is held at the Delaware Community Foundation. All donations are confirmed by receipt and are tax deductible under IRA 501(c)3 regulations.